The organisational culture of VRD Industries has been constant for more than 20 years. From record, the retired CEO was very friendly, collaborative and fine-tuning approach that gave that painted the company as having adopted the collaborate work culture.

VRD Industries is a multinational firm that is slowly positioning in new markets.

The firm is using a relatively tall hierarchical structure in communication and performance of assigned tasks. Such a hierarchy leads to conflicts amongst departments and staff members in most cases (Burnes, 2000).

The use of one style of leadership leads to complacency. A complacent trend that never seemed to surface for more than 30 years was uncovered by Wong Lee, the change manager, after a careful study of different departments. Negative reactions to changes instituted in the firm were highly contributed to by a friendly working environment and the nonjudgmental leadership of the now retired CEO, Frank Delacy.

Owing to the fact that Lee wanted an agile company, it means that the staff members were very lethargic. They were slow in their activities and too methodical on the same routines. When the employees are used to one style of doing things for a long period of time, a change in that style can lead to an uproar of anger, blame, resistance and lethargy (Brock and Salerno 2008).

The firm has redundant workers

Redundancy and dummy characteristics were prevalent in VRD Industries because the new CEO discovered that a reduction in staff membership to 90% would still manage the same level of production and even improve.

This is the design and implementation of a new state in an organisation. In transitional change, the old processes are dismantled through a managed timetable of the transition process.Organisations that can’t manage continuous change can lean to transitional change in order to achieve their goals. (Eisenhardt, Kathleen & Tabrizi,1995).

Six months down the line, we find May Wong, the change manager, still struggling with the change timetable. The change process began with restructuring of the functions of departments when Lee Bineesh, the new CEO, asked production, warehousing and sales and marketing to speed up and increase efficiency. The firm has also decided to outsource a change agency to assist it in implementing more changes in order to move to the next level of growth.

In this approach, the old state of doing things is typically forced to die. A new state, unknown, is taken. The new state emerges from aggressive visioning, consistent trial and error and a lot of learning. It often requires a fundamental shift, well-organised principles and organisational culture that are designed to support then new business direction (Dexter Dunphy, 2008). A critical mass of the organisational staff must cooperate from this new mindset as well as behaviour for transformational change to take place successfully.

VRD Industries has instances of transformational change when May Wong, the change manager, is asked to follow up on the reduction of staff members in each department to 90% of the current composition. Of course it meets some friction because such change has never been anticipated in the company’s 30-year history under Frank Delacy.

The Organisational Culture and Routines

Once a cultural norm has been generally accepted and followed over a long period of time, it becomes a comfort zone. Organisational staffs usually love such zones because they have become routines. An attempt to change such routines often leads to resistance (Gersick, C 1991).

For more than 20 years, VRD Industries has enjoyed the collaborative leadership approach used by the retired CEO. During these times, there wasn’t any pressure. The staff turnover was very low and everybody enjoyed working. Given the pressure that the new CEO is undergoing to secure a market share in Europe, the trickle-down effect has been felt and the members have not received the change positively.

This difficulty in the change process arises when the employees don’t actually believe that they can competently handle the change. They don’t have the morale to take on the challenge and have a new look altogether (Paton &McCalman, 2008).

The change in processes and systems at each operational level in VRD Industries has led to falling morale among the lower-level staff. The worst of all is that they are accusing the departmental managers of ruining a perfectly good company. This is an indication that they don’t trust their managers anymore and this is definitely hampering efficiency in the change process.

Change is always difficult, even for the change manager himself. If some changes in his routine of handling change changes then he forcefully adjusts to change. And when the change process is not properly communicated to the members, especially in good time and proper directions given, there is likely to be resistance (Tushman& O’Reilly, 1996).

The change manager came up with many processes and systems in various departments. For instance, they were surprised when they were asked to reduce the membership by 10% within the next six months. The proposed change came to them as a surprise; and it was difficult to respond owing to the friendship ties they enjoyed and the short notice given.

These are perceptions held by people in an organization. For instance, some people may feel that they’ll be worse off at the end of the change process. Such people will definitely not offer their full support to the change process. If the people also believe that the change occurring is likely to favour other people or departments then anger and resentment takes over.

As the new CEO struggles to retain control of the company, the departmental managers are also suffering down there because of the little capital expenditure and funds available for business. This has created a conflict among SBU managers in addition to the heat of lower level staff who are accusing them of ruining a perfectly good company. 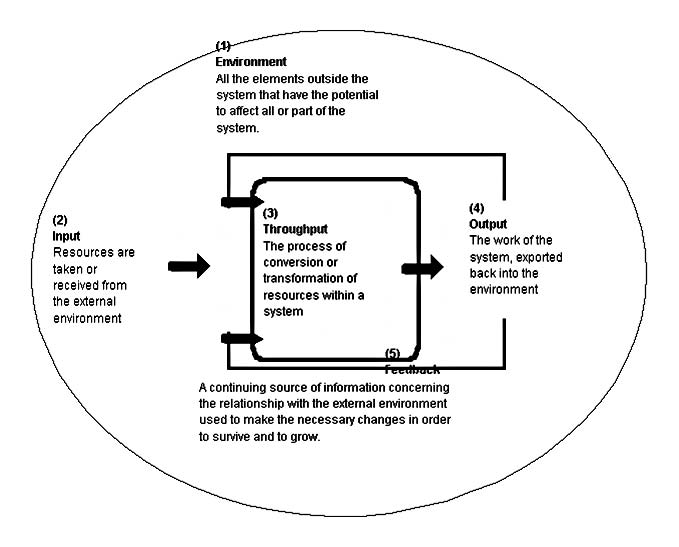 There is a conflict among the SBU managers and the lower-level staff. Changes like cutting down the level of staff by 10 percent were introduced.

The company is under pressure to produce more in order to achieve sales targets in the new and shifting markets. This was followed by expansion to supply automotive parts to Europe and China. Introduction of a new line of managers typically meant that sales had halved.

The raw materials include metal parts, plastics and electric energy.

Interviews conducted by the change manager revealed that the production process was too slow as a result of the old job design methods. This led to a conflict between the SBU managers as a blame game began.

A trend of declining sales and constant conflict after 6 months of implementing changes was observed. The Sales and marketing team also complained that the target estimates given were unrealistic.

“The equilibrium model of change assumes that long periods of small, incremental change are interrupted by brief periods of discontinuous, radical change.” (Brown & Eisenhardt,1997). The internal environment experiences a paradigm shift when the new CEO assumes responsibility. The first head-pricking call for change comes when the functional managers are asked to reduce the level of staff in their departments by 10 percent. This shocks them because of the long ties they have enjoyed with the staff members, some of whom have worked for more than 20 years.

VRD Industries is applying the change in the long term as we can see from the proposition that the CEO wants the current change manager to hire an external change consultancy firm to assist it in the change process as the firm moves to a new level of growth.

The external environment also interacts with the firm and affects it to a great deal. In explaining how open systems function during revolutionary periods, Gersick, 1991, suggests that “urgency and optimism may be important to another phenomenon that is critical to transition dynamics: the influence of outsiders.”VRD has been influenced by outsiders in the sense the market in China presents a lot of growth opportunities that need to be exploited. These opportunities have led to an increase in the targets—mounting pressure on the organisation.

Tushman and Romanelli (1985) pp 173-179 found that reorientations where strategies, power, structure and systems change are less radical than recreations where the core values which govern the premises are also transformed. To this theory of change, VRD Industries applied the reorientations but the sales revenues declines over the first six months. From assumptions, we can say that they now want to consider hiring the services of a professional change consultancy firm to assist them apply the more radical recreations in the firm’s core values. This is expected to bring a change in efficiency and performance.

Superior learning takes place when learning has been effectively linked with competence. An organisation’s capacity to respond to the environment will depend on its coping capacity, perception and exploration process as well as the response capability. According to Murray &Donegan, 2003 pp.56-8, a firm may use administrative competencies. This is the ability of the organisation to create timely and relevant administrative procedures that improve efficiency and assist all operations rather than hinder them. VRD applies administrative competencies by reducing redundancy in staffing, creating new targets and changing the nature of processes in various departments.

In describing how open systems can manage change, Dexter Dunphy, 2003, proposes the theory of task-focused transitions where the process of strategy formulation is strongly driven from the top while business unit leaders are given considerable anatomy in strategy implementation and in operational matters. This is the case with VRD Industries where the idea and strategy of change are coming from the CEO through the change manager. Business unit managers are then asked to implement the changes. For instance, those in production are asked to speed up the process while functional managers are asked to reduce the staff members in their respective departments by 10 percent after six months.

After the first six months of aggressive implementation of changes and the change process, the sales revenues decline and conflicts rise. This necessitates VRD’s management to seek aid from a professional change management consultancy firm. In the CEO’s final note, they would like the consultancy firm to help them move to the next phase of growth. According to Greiner, 1972, there are five phases of growth in an organisation that is undergoing change. With respect to management focus, they include the make and sell stage, efficiency of operations, and expansion of the market, consolidation of the organisation and problem solving and innovation. Currently, the firm has expanded its market and the next stage is consolidation before innovations can take precedence.

Dexter Dunphy, 2003, Organisational Change for Corporate Sustainability: A guide for Leaders And Change Agents For The Future, Routledge, USA