Drugs are classified based on their medical use as the following: (1) pharmacodynamic agents or drugs that target various physiological functions of the body, (2) CNS or central nervous system agents such as anesthetic and anti-depressants, (3) drugs that fight pathogens such as antibiotics, antifungal and anticancer, and (4) supplemental agents such as vitamins and dietary supplements (Beale & Block, 2005; Parimoo, 1995).

Table 1. Classification of Drugs Based on Their Use

Drug’s solubility and permeability affects the rate of its absorption by the body, and so is its efficiency. Solubility is the property of a substance to form a homogeneous solution with the presence of a solvent. Solubility of any substance into a solvent is determined by the general rule, “like dissolves like”. This means that polar molecules or solute are soluble into polar solvents, such as sugar in water. However, dissolution can be enhanced using the following methods: (1) physical modifications, (2) chemical modifications, and (3) miscellaneous methods. Based on its solubility, drugs are classified into four classes: class I – highly soluble and permeable, class II – slightly soluble and highly permeable, class III – highly soluble and slightly permeable and class IV – slightly soluble and permeable (Savjani, et al., 2012). Generally, drugs can be categorized as either hydrophilic or water-loving substances or hydrophobic or oil-loving substances. On the other hand, permeability is the property of a substance that allows other substance to pass through it. Some examples of Class I drugs are Metoprolol, Diltiazem, Propranolol; Class II examples are Phenytoin, Nifedipine, Danazol; Class II examples are Cimetidine, Acyclovir, Captopril; and Class IV are Hydrochlorothiazide, Taxol, Furosemide (Khadka, et al., 2014). 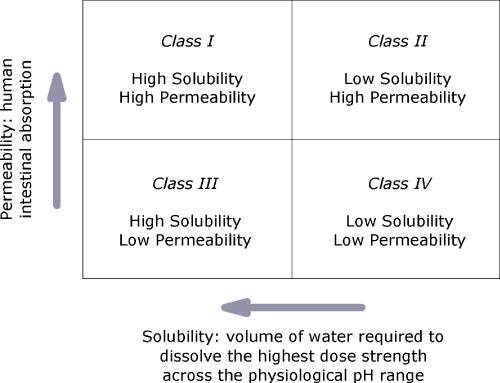 Figure 1. Drugs Classification Based on Solubility and Permeability

Part 1. Effect of drug’s structure to the drug’s use

Table 2 shows some of the commonly used drugs and their structure or the functional group they contain. In organic chemistry, the functional group are specific combination of atoms or bonding within molecules that dictates the characteristic chemical reactions of those molecules. For each example drug listed, its application was determined and classified based on the type of its application as shown in Table 1.

Table 2. Example Drugs, Their Structure and Type of Use

Part 2. Effect of solubility and permeability to the drug’s effectiveness

For most drugs to work, it must be absorbed first through the gastrointestinal tract (GI), and then circulated throughout the body. Certain drugs require more dosage in order to work effectively. In a study conducted by Dahan et al. (2009), the dosage or amount required for 123 drugs were determined and grouped based on the drugs class as shown in figure 1. Figure 2 shows the drug’s effectiveness represented by the logarithm of the dosage, or Log P and CLog P for each classes of drugs. Note that increasing the dosage value results into lower value of log P and Clog P, indicating a lower activity.

Part 1. Effect of drug’s structure to the drug’s use

Part 2. Effect of solubility and permeability to drug’s effectiveness

Based on figure 2, highly soluble compounds or drugs such as Class I and Class II requires less amount or dose to work. As the bar graph shows, such classes of drugs attained a higher log P and ClogP values indicating better activity or higher efficiency compared to the other two classes, II and IV.

Class II and Class IV has low solubility, and less effective as indicated by the amount of dosage requirement. However, Class II has better performance than class IV which can be accounted due to its higher permeability. The GI tract is a permeable membrane that allows transfer of substances such as nutrients that will be carried by the blood to circulate around the body. Thus, more permeable substances or drugs are expected to be absorbed effectively than substances with lower permeability.

The main conclusion of the study answers the two questions presented earlier:

Other factors that can be used to determine the drug’s efficiency is the success of its application. However, it will require thorough research to acquire significant data.