WHERE SHOULD TESLA BUILD ITS GIGAFACTORY – EUROPE?

Tesla, Inc. (formerly Tesla Motors) is an American company founded in 2003 by a group of engineers from Silicon Valley focusing on manufacturing electric cars. Now included on their product lists are energy storage and solar panels for home and community use. In 2012, Tesla has launched its first electric sedan known as Model S, built form the ground up to be 100 percent electric. Since then, Tesla has continued to innovate and expand its product line up. To meet the increasing demand of Tesla products, Tesla and partners are planning to create a ´giga-factory´ to house a large-scale battery manufacturing facility. The planned Giga-factory production capacity exceeds that of the global cell supply as shown in figure 1 below (Adhikari, 2014). 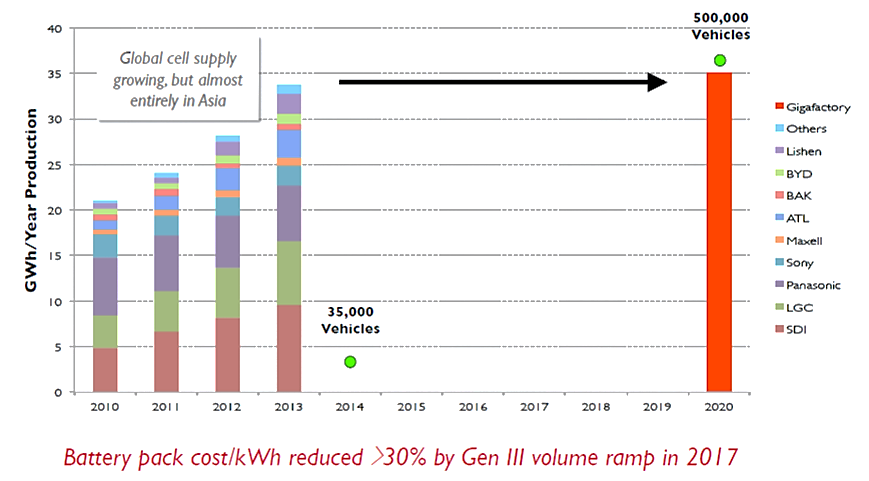 The Tesla Giga-factory will employ 6,500 staff and will require up to 10 million ft2 of working space either through one or two. Giga-factory also will use solar and wind power as local energy source. The factory will be on a site measuring 500-1,000 acres (about 2-4 square kilometer) (Tesla, Inc., 2013). Location will be selected by evaluating prospect sites to determine a viable location to support a huge building and provide areas suitable to install windmills and solar panel.

Site selection of a facility is an important decision that every starting company or business must take during the planning phase. Such decision making is conducted at the upper organization level and has a profound effect on different aspects of the company.

Site selection is a strategic decision that has a long-term effect on the company. This process requires thorough research and careful analysis of the factors that is vital to the whole operation of the company.